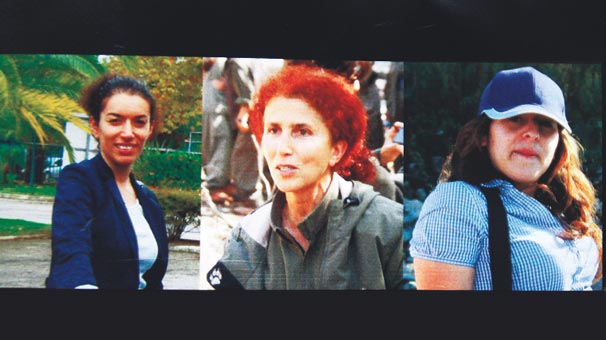 We publish here the full transcript of the alleged Ömer Güney recording which has been circulating on social media.

The date of the recorded conversations is not known. However there are discrepancies between the audio record and the written record on video.

In the written introduction to the video the person who says he is a relative of Ömer Güney alleges that Ömer Güney gave him the audio record, saying “if anything happens to me you will publish these documents.”

The phrase: “I am a relative of Ömer Güney who killed three women in Paris/France” is striking.
What has changed in the investigation, where Güney has up to now not confessed to the investigating magistrate to carrying out the murders? Why does he feel the need to explain these things now?

At the beginning of the sound recording is the sentence “I gather the actual target was Sakine Cansız, he had to kill the others because they were there,” which was independently added to the recording. In the recording of Ömer Güney’s conversations there is no mention of Sakine Cansız. Her name is only mentioned in writing with reference to the word Abram (Abram- Sakine Cansız).
In the sources reached by the ANF a person who works at the Youth Assembly in Paris (Halil İbrahim Gündoğdu) is said to be called Abram by his friends.

The conversation between Ömer Güney and two people claimed to be members of MIT is as follows:

ÖMER GÜNEY: There were some problems in the house after you left. My father is a bit curious about these things. When I first got into MIT they told me I shouldn’t tell anyone. I agreed, but it was difficult with my father. He did some research. Apparently on his side of the family there were people who were members of MIT. They’re dead, it was a long time ago. He asked me about this, but I denied it. I told him he would be the first person I’d tell if I had a secret. I told him no harm would come to him either economically or any other. I told him all the mobile phones were encrypted. Even if they look at my computer there there’s nothing. It’s empty. I deleted everything.

First person: Well done. Did the security forces, the French police and gendarme, did they notice?

ÖMER GÜNEY: There was intensive surveillance. By the intelligence.

First person: Did they interview you?

ÖMER GÜNEY: No, there was absolutely no contact. But I’m afraid it may happen, as my situation is open to this. It’s occurred to me before.
Abram (In the caption added to the image this is written as Abram-Sakine Cansız) Halil İbrahim Gündoğdu the president of the assembly was a highly significant person. He has sent 200 people to the mountains from Europe. He goes to toilet in the woods, if you’ll excuse my language. I was behind him. I could have eradicated him and Nedim, Uzun, the one they call heval Şiyar right there. I could have killed the two of them. There was time, it was suitable. I was alone in the forest. I didn’t do anything as I didn’t have permission. I didn’t take any materials. When you give financial support I will.

First person: I was asking if you had any debts.

ÖMER GÜNEY: No, I didn’t incur any. I was intending to in Belgium. There are Arabs near our shop. I’ve known them for 8 years, they’re reliable. They know lots of people. I got in touch with one without being followed. I said I needed two guns. You might ask why I wanted two. Because in this sort of operation even the best gun will jam, so I wanted a second one in case the other guy was armed. One silence and three cartridge clips. I said 9 millimetre bullets in 5 boxes. These were necessary for the operation, for the assassination I was going to carry out. They said 4.5. They said 2,500 for one weapon, one silencer and two cartridge clips. I agreed and told the friends.

ÖMER GÜNEY: They’re ready and waiting. The place is sound, they said there were no worries in that regard. They said they would take me there clandestinely without being followed.

ÖMER GÜNEY: Shall I explain the plan to you?

ÖMER GÜNEY: Who will go? Because these three need to go.

First person: How are thinking of doing it?

ÖMER GÜNEY: I’ve made the plan. Ever since I went there I’ve been following these three. Abram has stepped down but he has to go. It’s essential in order to collapse this youth psychology. On the way to his house there is a large park. It’s suitable. I will hide there and wait. No one’s following Abram, in particular as he’s not involved any more. For Nedim, he is followed home by intelligence. They call them patriots, that is from the Kurds. He goes into the house and they wait there observing until morning. This guy is closely monitored. The system is like this: let’s say the association is here. central Paris or Beleden (the Vilebil outer district of Paris). Since I arrived I have been keeping an eye on this place. I know who the intelligence guys are. Maybe they can’t see, but I see who is involved in surveillance. Now let’s say this is the association building. There are two roads, one from the left and one from the right. Between 300 and 500 metres along the road right where that road goes in those involved in intelligence withdraw, as that’s a secure area. There is no exit from that street. There are escape routes and I’ve made a plan. On the way into the association the protection will depart. He’ll enter separately from us. Around the association is the most suitable place for the assassination, as there will be no intelligence, protection or security forces. This is the plan.

Second person: Have you looked at the escape routes around there?

Second person: From what angle have you looked? Where will you go after that. How far is it here? Give me the pen. Here is…

ÖMER GÜNEY: This is my escape route.

Second person: Okay, what’s the distance? Is this street a hundred metres, or 50 metres?

Second person: Have you considered what would happen if these guys decided to follow us? Could they catch up with you as you go that way then head towards the park?

ÖMER GÜNEY: Not possible. I’ve planned it, it’s impossible. When Nedim comes out of the association I’m going to trap him around here. There’s an underground car park here. If necessary I’ll wait for him there in my car. Somewhere here my motorcycle will be waiting with my helmet.

Second person: Look Ömer, why are we asking these things?

Second person: It is not difficult to wait there and fire off three shots with the silencer at Nedim. You can do that. That’s the easy bit. The important part is getting away and not getting caught.

Second person: That’s why I’m asking about the distance. I’m asking if they’d get there. I’m asking how many metres it is. Have you calculated how many minutes it would take to get from here to there? Do you get traffic on that road?

Second person: These things are important.

ÖMER GÜNEY: I’ve walked round there a lot. I’ll enter the association silently from there.

Second person: What if the cameras pick up your leaving something in the car?

ÖMER GÜNEY: There’s no camera there in that park.

Second person: Have you done the reconnaissance?

ÖMER GÜNEY: There is only a camera at the entrance. The vehicle will be a stolen one. There will be a second set of clothes in the car. That is, when I leave in that car the cameras won’t even know I’m Ömer.

Second person: There won’t be a need to leave in the vehicle in that case. If you’re going to go back to the association after leaving the gear there.

ÖMER GÜNEY: The park also has emergency exits. There are no cameras there.

Second person: Are you thinking of using gloves?

ÖMER GÜNEY: Yes. No traces on the gun. On the bullets, cartridge clip….

Second person: Will they carry out a ballistic autopsy there?

Second person: How will you know if the equipment has been used previously? How did you say they would get it in Belgium?

ÖMER GÜNEY: From there to Belgium.

Second person: Can they follow the trail to find out who obtained it?

ÖMER GÜNEY: No, it’ll be in a blank package.

First person: Leave there at a certain time and meet your friend at the association and then go. Okay? Make absolutely sure of these things. Do a good job. Let’s talk again. Let’s review your plan. May God protect us from the smallest mistake, because you’re important for us. The others aren’t.

First person: Let’s do it again. Let’s co-ordinate. Wait to hear from us. If we get the chance within the framework of that encrypted telephone conversation we planned. But for now review all those plans once again.

ÖMER GÜNEY: Because they will oppose the executive I’m going to establish. They will try to prevent it.

ÖMER GÜNEY: He’s in charge of Paris … The young ones call him the Paris commander